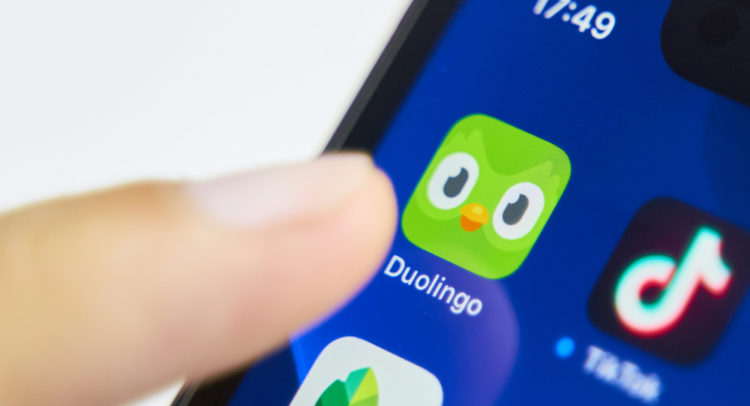 Duolingo (DUOL) delivered mixed Q3 2021 results characterized by record booking and a record number of paid subscribers. Revenue topped estimates, but earnings missed, even as the company continued to grow rapidly at the back of last year’s solid performance. DUOL shares rose 0.9% to close at $148.06 on November 10.

Duolingo operates a mobile learning platform that people use to learn languages. It is one of the top grossing apps on Google Play and Apple App Store in the Education category. (See Top Smart Score Stocks on TipRanks)

Total revenue in Q3 was up 40% year-over-year to $63.6 million, exceeding consensus estimates of $60.46 million. The increase was driven by a 42% increase in Subscription revenues due to an increase in the average number of paid subscriptions.

Advertising revenue was also up 34% to $9 million. Total bookings in the quarter were up 57% year-over-year to $73.1 million, as paid subscribers totaled 2.2 million a 49% year-over year increase.

Recently, JMP Securities analyst Ronald Josey reiterated a Buy rating on the stock and raised its price target to $180 from $160, implying 21.6% upside potential to current levels. According to the analyst, Duolingo has rebuilt its Android code architecture and enhanced user experience, setting the stage for accelerated product releases and increased engagement.

Consensus among analysts is a Moderate Buy based on five Buys and four Holds. The average Duolingo price target of $167 implies 12.8% upside potential to current levels.