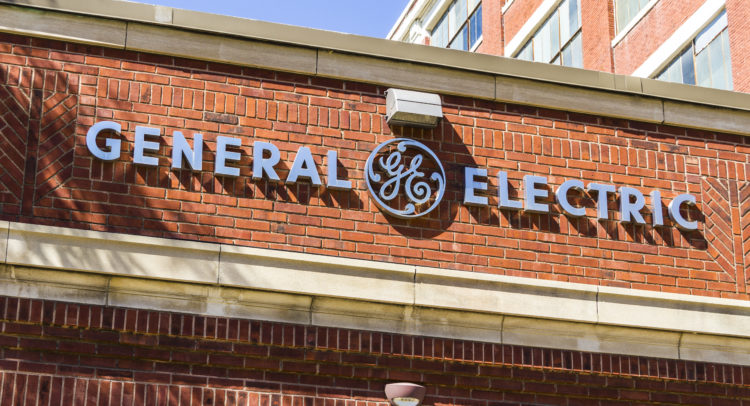 Multinational conglomerate General Electric Co. (GE) plans to break into three public companies focused on aviation, healthcare and energy segments. Following the announcement, shares of the company jumped 7% on Tuesday. The stock rose another 0.7% in the extended trading session to end the day at $112.10.

The Boston-based company provides technologies and solutions to the aviation, healthcare, power and renewable energy industries.

GE plans to spin off the healthcare segment early next year. It will retain a 19.9% stake in GE Healthcare.

Moreover, in early 2023, the company plans to combine GE Renewable Energy, GE Power and GE Digital into a single business.

The separation will better position the companies to deliver long-term growth and create value for customers, investors and employees.

Following the spin-off of GE Healthcare, Culp will serve as the Non-Executive Chairman of the business. He will also serve as the Chairman and CEO of GE until the second spin-off, after which he will head GE Aviation.

Additionally, effective January 1, 2022, Peter Arduini will become the President and CEO of GE Healthcare. John Slattery will continue as the CEO of GE Aviation, and Scott Strazik will serve as the CEO of the combined Renewable Energy, Power, and Digital business.

After the announcement of the plan, Deutsche Bank (DB) analyst Nicole DeBlase upgraded the rating on the stock to Buy from Hold with a price target of $131 (17.7% upside potential).

Overall, the stock has a Moderate Buy consensus rating based on 7 Buys and 3 Holds. The average General Electric price target of $120.10 implies nearly 8% upside potential. Shares have gained almost 55% over the past year.

TipRanks’ Stock Investors tool shows that investors currently have a Very Negative stance on GE, with 10.2% of investors on TipRanks decreasing their exposure to the stock over the past 30 days.