Is the cancer immunotherapy market up for disruption as AstraZeneca, Regeneron-Sanofi, cheaper Chinese offerings line up? 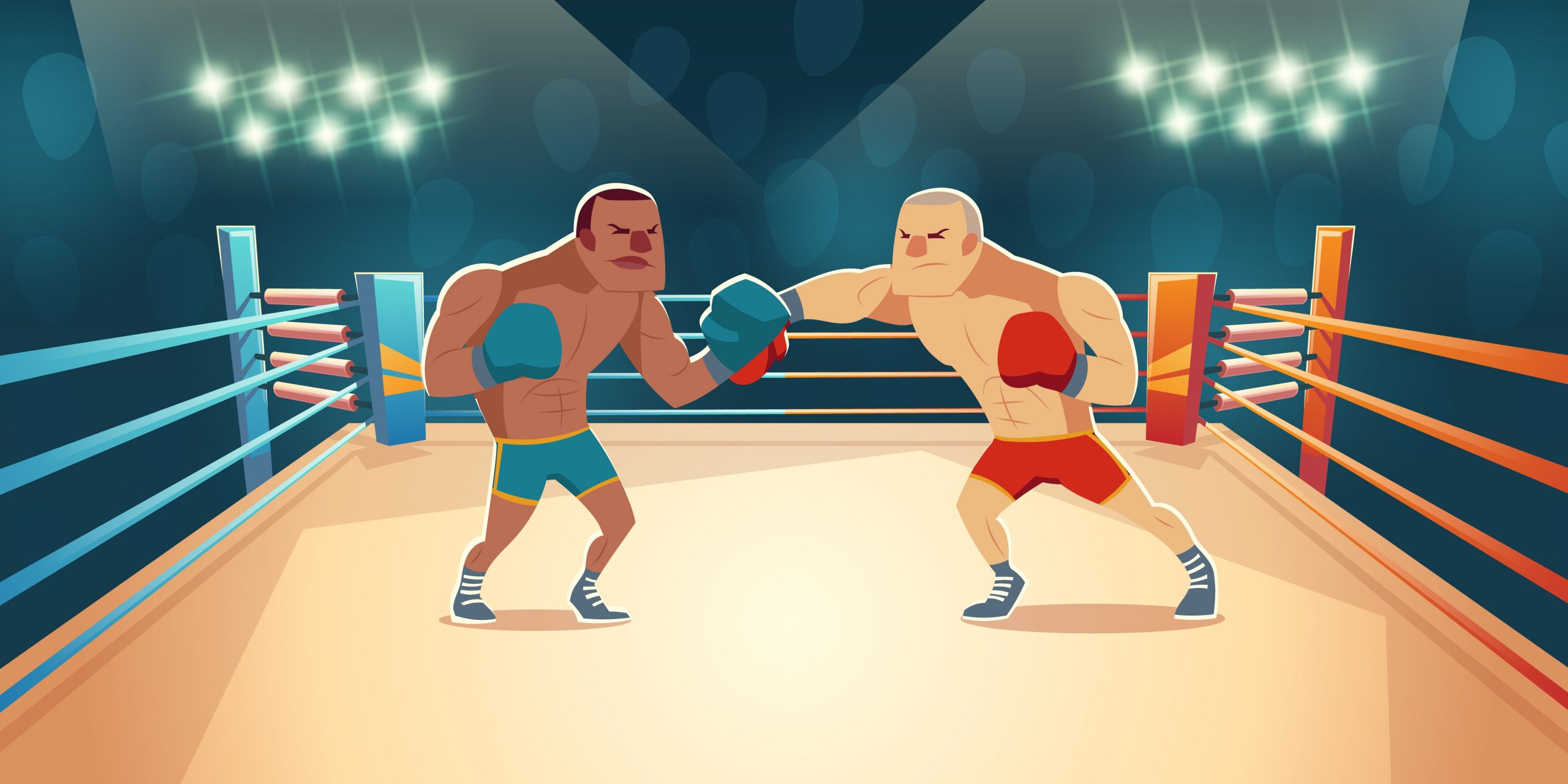 In the cancer immunotherapy market, Merck & Co. has established its Keytruda as the absolute leader. But AstraZeneca, a partnership between Regeneron and Sanofi plus several Chinese firms and their Western collaborators are all lining up their products for the most desirable piece of the cake: non-small cell lung cancer.

Some new players are touting what they say are comparable efficacy data as Keytruda’s, while the Chinese newcomers plan to disrupt the PD-1/L1 space with lower prices. But as SVB Leerink’s immuno-oncology analyst Daina Graybosch sees it, the latecomers probably won’t get their way.

Newly unveiled data from AstraZeneca’s Imfinzi and tremelimumab and Regeneron and Sanofi’s Libtayo combo with chemotherapy are simply not powerful enough to challenge Keytruda’s dominance in newly diagnosed NSCLC, Graybosch said in an interview with Fierce Pharma. Moreover, the U.S. drug reimbursement system is set up in such a way that makes Graybosch skeptical that a new PD-1/L1 entrant would make a mark simply by offering a discounted price.

Do competitors’ data pose any serious threat to Keytruda?

Libtayo is targeting the broader front-line NSCLC market, with new chemo combo data showing it could pare down the risk of death by 29% over chemo alone. The study includes patients with squamous or nonsquamous disease and across tumor PD-L1 expression levels.

The latest Empower-Lung 3 trial win has made Libtayo the only other PD-1/L1 besides Keytruda that has succeeded both as monotherapy for PD-L1-high tumors and as part of a chemo combo in a more inclusive front-line NSCLC population.

But Graybosch believes Libtayo will only be a “very marginal player” in NSCLC until it can get a novel combination. The SVB Leerink analyst currently expects Libtayo’s share of all PD-1/L1 revenues in NSCLC across lines of metastatic treatment will never exceed 5%.

Regeneron has put an emphasis on the Libtayo-chemo cocktail’s median patient survival length of 21.9 months, which is close to Keytruda’s 22 months for nonsquamous patients in its own Keynote-189 trial.

But doctors probably won’t take the overall survival numbers by face value and will still focus on the magnitude of death reduction, Graybosch suggested. That’s because the trials were done in different populations with varying baseline characteristics. Keytruda’s death risk reduction in that Merck trial hit 44% at final analysis. Besides the difference in nonsquamous versus all-comers, Graybosch also noted that the Libtayo trial enrolled a smaller proportion of U.S. patients.

Still, Graybosch believes the argument that Libtayo is better than Keytruda in squamous patients is hard to make. On what she views as a “more comparable” trial marker, the two drugs’ one-year overall survival rates look similar, with Libtayo at 66% in the entire trial population and Keytruda at 70% and 64% for nonsquamous and squamous, respectively.

Libtayo does stand out on one front: Its duration of response, at a median 15.6 months, is the longest seen among all existing front-line NSCLC trials across the PD-1/L1 class. “If I were them, I would really focus on that,” Graybosch said of Regeneron.

Regeneron has maintained that the trial wasn’t set up to formally conduct that subgroup analysis, especially given its small size. Graybosch also argued most doctors probably won’t dig that deep into Libatyo’s results, and that the sheer number of PD-1/L1 datasets makes it really hard to do detailed comparison. But the PD-L1-negative data may still raise some eyebrows and make it harder for Regeneron and Sanofi to make a case for Libtayo against Keytruda, she added.

If Libtayo’s PD-L1 low-expression data mean anything to the PD-1/L1 landscape, Graybosch said it might help Bristol Myers Squibb’s combination of Opdivo, Yervoy and chemo gain traction among PD-L1-negative patients. While Opdivo targets PD-1, Yervoy is a CTLA-4 inhibitor.

“If you generally think that Libtayo and Keytruda are about the same if anything, this could be like, ‘well, is chemo-PD-1 combo alone really enough for the negative patients?’ Maybe we really should be adding on [Yervoy],” she said.

AstraZeneca recently also published data for its pairing of dual immunotherapy and chemo. The phase 3 Poseidon trial found a cocktail of Imfinzi, investigational CTLA-4 inhibitor tremelimumab and chemotherapy reduced the risk of death by 23% over chemo alone in front-line NSCLC.

However, given the limited improvement and the fact that Imfinzi and treme have failed in several NSCLC trials, Graybosch said the AstraZeneca regimen probably won’t be able to find a place in front-line NSCLC.

Some doctors prefer using a CTLA-4 agent for PD-L1-negative or really fit patients, Graybosch said, but they will reach for Yervoy “because that’s the one they know and use.”

In addition to the already marketed drugs, several Chinese biotechs are looking to introduce their PD-1/L1 offerings to the U.S. market through partnerships with Western companies. These include Novartis and BeiGene’s tislelizumab, Eli Lilly and Innovent Biologics’ Tyvyt, Coherus BioSciences and Junshi Biosciences’ toripalimab as well as EQRx and CStone Pharmaceuticals’ sugemalimab.

Among them, Tyvyt already has an application under FDA review for use alongside Lilly’s Alimta and chemo for front-line nonsquamous NSCLC. The FDA a few days ago also accepted a tislelizumab filing for esophageal squamous cell carcinoma.

In their home country, the Chinese PD-1/L1 inhibitors have been able to lead the market with hefty discounts compared with the prices of Keytruda and Opdivo. In the U.S., their Western partners have either hinted at or bluntly suggested that they intend to compete with lower prices.

EQRx CEO Alexis Borisy, for example, has said: “The PD(L)1 market is becoming more crowded, but the constant debate around pricing without action is to the detriment of patients. EQRx was created to address this challenge head-on by bringing high-quality medicines to patients at much lower prices.”

But as Graybosch sees it, lower list prices won’t be able to disrupt the current PD-1/L1 market. The reason? A widely used drug contracting practice known as the “rebate wall.”

In PD-1/L1 treatment, doctors first buy the medications from drugmakers and then bill them to payers for reimbursement. The buy-and-bill model allows practices to make money from rebates, which are often tiered based on volume of order.

A rebate wall works when a dominant pharma player offers discounts off the list price for multiple indications. The bigger the volume of a drug that a practice uses, the bigger the discount. This makes a newcomer with a narrow label difficult to compete with, Graybosch explained, pointing to how a similar situation played out among TNF inhibitors 10 years ago.

Keytruda has been approved for over a dozen cancer types, and the specific indications are several times that thanks to different lines of use and various combinations. So when a new drug enters the ring in one indication, it simply can’t match Keytruda in terms of potential treatment volume.

In Medicare, practices get paid at a percentage over a drug’s actual average sales price. Practices make money from that percentage plus whatever discount a drugmaker offers on the original price in the previous calculation cycle. So if a drug’s list price is lower, the money practices can earn from the percentage part will be lower, too.

Of course, doctors are the one who make the final treatment decision, but can payers intervene with favorable policies for lower-priced PD-1/L1s? Payers neither have the incentive nor the effective tools to do that, Graybosch said.

Payers could install administrational burden or require prior authorizations for Keytruda. But they can only do that for indications where other options are available, Graybosch noted. For a big practice, even hiring another person to take care of the extra payer hurdles will likely be worth it as compared with choosing a drug with a narrow label, she said.

What’s more, payers are looking at how to save money across the entire patient population from a per-patient-per-month perspective, Graybosch explained. “If you’re talking about saving a huge margin but only on Hodgkin’s [lymphoma] patients, what’s that impact on that per patient per month,” she said. “Why are they even going to spend the time and put the administration burden on their end?”

NSCLC may be a large enough indication for cheaper PD-1/L1s to make a dent; about 60% of the $12.7 billion PD-1/L1 sales in the first half of the year was from NSCLC, mostly in the first line, SVB Leerink analyst Geoffrey Porges said in a recent report, citing Evaluate Pharma data. But even there, Graybosch questioned whether a discount is able to make an impact on the overall per-patient-per-month cost for payers.

The rebate wall has long been criticized as anticompetition. In a report published in May, the U.S. Federal Trade Commission said rebate walls “may give payers strong incentives to block patient access to lower-priced medicines, whereas absent rebates, a lower-priced, equally effective product would tend to take sales from the higher priced incumbent product.” However, the antitrust watchdog stopped short of committing to clamp down on the practice.