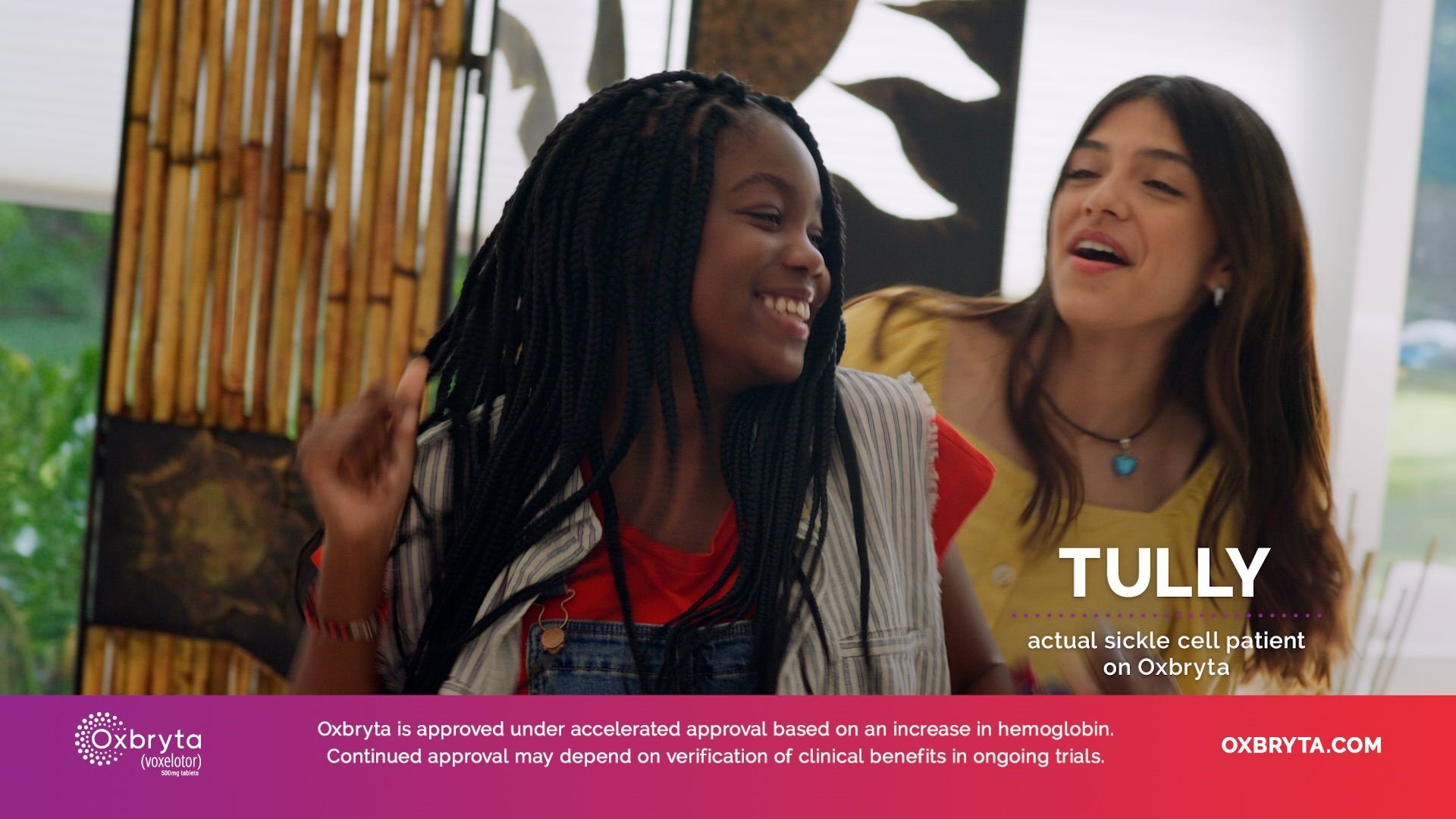 Six sickle cell Oxbryta patients appear in the new commercial, ranging from 17-year-old Tully, who smiles and dances with a friend, to an older man Gerald, who cooks in the kitchen with his wife. A young mom also plays on the beach with her family, while another young man straps on his helmet for a bike ride.

“We’ve done a lot of work in the category already, and I think we understand the stigma our patients have had to endure both from the medical community and culturally. We want to make sure our patients feel connected and that they’re seeing themselves in the ad,” Laura Cruz, VP of marketing at GBT. “This is an opportunity to see themselves in a brighter light.”

The “My Time” campaign begins today on connected TV including Hulu and Crackle. It targets sickle cell patients with a programmatic media buy to show the ad when and where they’re watching. The branded campaign website and social media effort will begin next month.

The DTC advertising builds on GBT’s disease awareness “Sickle Cell Speaks” campaign, which started two years ago, along with HCP marketing that aimed to break down the stigma around the disease.

GBT won accelerated approval for Oxbryta in November 2019—a surprise nod, landing months ahead of its February 2020 action date. Oxbryta had previously scored a breakthrough-therapy designation and a priority review.

The company then began branded marketing for Oxbryta in February 2020 to healthcare professionals, targeting 5,500 of the top sickle cell treating physicians. It also fielded medical education events, webcasts and more to reach the remaining 30% of doctors who have fewer sickle cell patients.

However, despite the solid start, the pandemic hit Oxbryta hard. GBT saw a 60% drop in new patient prescriptions, CEO Ted Love said in May 2020.

RELATED: GBT takes a page from HIV playbook as it embarks on Oxbryta launch

First-quarter sales for Oxbryta reached $39 million in the U.S.; however, the lingering effects of the pandemic continue for the drug.

Cantor analysts recently wrote about Oxbryta: “There is still a sizable addressable population of sickle cell disease patients across the U.S. who have not received their vaccine, which delays in-person interaction with physicians, a factor key for adoption.” It expects sales to begin to increase again in the fourth quarter.

RBC analysts also noted the slow return, lumping Oxbryta into a group of drugs that have yet to see a post-pandemic prescription lift, including Gileads’ Biktarvy, Acadia’s Nuplazid and Intra-Cellular’s Caplyta.

Both Oxbryta, which is an oral med, and Novartis’ sickle cell infusion drug Adakveo were approved in November 2019. The two drugs work differently—Adakveo treats vaso-occlusive crises, or pain related to sickle cell disease, while Oxbryta is designed to target the root cause by preventing red blood cells from sticking together and turning into a sickle shape.