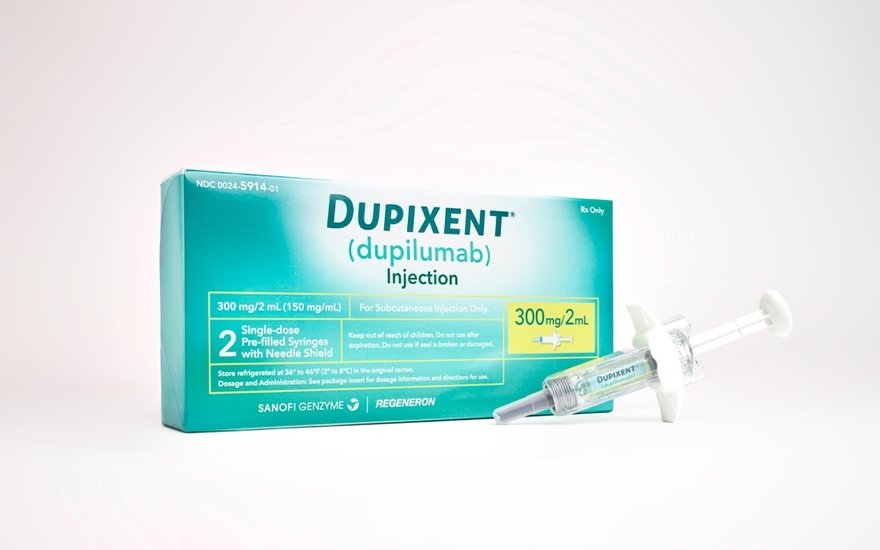 Amid Sanofi’s transformation under CEO Paul Hudson, the drugmaker has been counting on superstar immunology drug Dupixent to propel growth. The blockbuster medicine isn’t only doing that—it also just posted positive data in a new disease.

Alongside its second quarter results on Thursday, Sanofi touted new phase 3 data for Dupixent in moderate-to-severe chronic spontaneous urticaria. In patients with the disease, Dupixent significantly improved itch and hives when compared with patients treated with antihistamines alone.

Doctors typically treat the disease with antihistamines or Roche’s Xolair, but many patients still have uncontrolled disease. About 15% of the 300,000 patients eligible for biologics are taking Roche’s Xolair, said Bill Sibold, executive vice president of Sanofi’s Genzyme, said on Thursday’s call with analysts; about half of those are still uncontrolled. Sanofi believes biologic treatments could eventually reach about 30% of the population who don’t respond to antihistamines.

Dupixent has the “right profile” to succeed in CSU because it has a favorable safety profile and can be administered at home, Sibold said. Sanofi plans regulatory filings in CSU next year.

With the positive results, Dupixent has now posted positive pivotal data in five diseases. Sanofi is partnered with Regeneron on the treatment.

As for Dupixent’s existing business in atopic dermatitis and two other inflammatory conditions, the drug pulled in €1.24 billion during the second quarter of 2021, a 57% increase at constant exchange rates. Dupixent’s sales are now annualizing at €5 billion, Sibold said on the Thursday conference call.

Sanofi has set a €10 billion annual sales goal for the drug, and CEO Hudson said Thursday that the drug is still “only at the beginning of its journey.”

But Sanofi isn’t only counting on Dupixent for growth. Vaccines are another key piece of the company’s strategy, and those products pulled in €1 billion for the quarter, a 16% increase. Sanofi still believes it can win some COVID-19 vaccine booster business, and it expects late-stage data on its GlaxoSmithKline-partnered program later this year. In flu, Sanofi is expecting another “record” season, execs said.

Sanofi has also been working to bolster its oncology business, which generated €226 million during the second quarter, a 25% increase. The company has seen “encouraging uptake” for multiple myeloma drug Sarclisa and checkpoint inhibitor Libtayo, Hudson said on the call.

Meanwhile, the pharma giant has also been busy with a cost-cutting effort that has so far yielded €2.1 billion in annual savings. The drugmaker is reinvesting hundreds of millions of euros back into its business to help propel its growth drivers, execs said.