The Future of AI and Big Data: Three Concepts 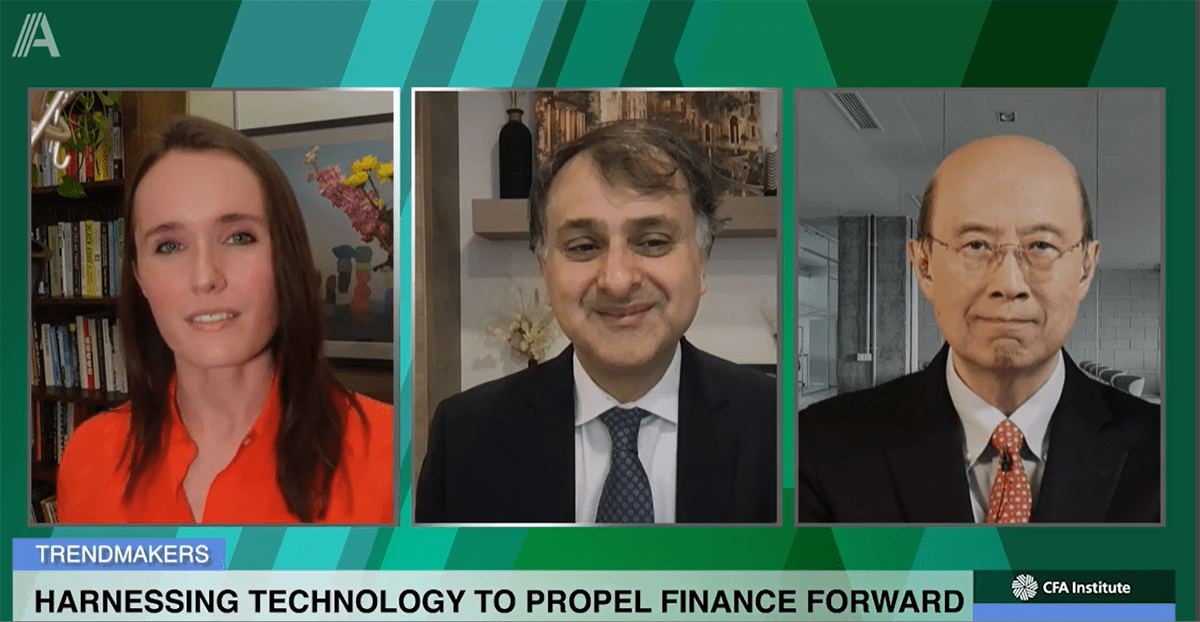 “We are probably in the second or third inning.”

Lo, a professor of finance at the MIT Sloan School of Management, and Ajay Agrawal of the University of Toronto’s Rotman School of Management shared their perspective at the inaugural CFA Institute Alpha Summit in May. In a conversation moderated by Mary Childs, they focused on three principal concepts that they expect will shape the future of AI and big data.

In that process, the big question is whether machine learning will end up just amplifying all of our existing human biases. For his part, Agrawal doesn’t think so.

“If we were having this conversation a couple of years ago, the question of bias wouldn’t have even been raised,” he said. “Everybody was worrying about training their models. Now that we’ve achieved usefulness in a number of applications, we’ve started worrying about things like bias.”

So where does the concern about bias come from?

“We train our models from various types of human data,” Agrawal explained. “So if there’s bias in the human data, not only does AI learn the bias, but they can potentially amplify the bias if they think that that will increase their ability to optimize or effectively make better predictions.”

But AI can also be used to minimize biases. Agrawal cited a University of Chicago study in which researchers developed AI programs that not only emulated the bail decisions of human judges but also predicted flight risk more accurately.

No doubt AI increases productivity. But will AI cause an employment crisis by rendering human workers obsolete? In Agrawal’s view, people are concerned because we don’t know where the new jobs will come from nor do we know whether those who lose their jobs later in their careers will be able to retrain to serve in these new positions.

Innovation occurs so rapidly today that we don’t know whether retraining programs will be as effective as they have been in the past, even for younger workers who have the time and bandwidth to really participate.

The other issue is wealth distribution. Will adopting AI lead to greater concentration of wealth?

“I would say that almost every economist is aligned with the view that it will definitely lead to economic growth, and so overall increase of wealth for society,” Agrawal said. “But there is a split among economists in terms of what does that mean for distribution. Some of us are very worried about distribution.”

There is a lot of opportunity in the financial sector for new kinds of data, according to Lo.

“There’s so much more that we need to understand about the financial ecosystem, in particular how [inputs] interact with each other over time in a stochastic environment,” he said. “Machine learning is able to use large amounts of data to identify relationships that we weren’t currently aware of, so I believe that you’re going to see much quicker advances from all of these AI methods that have been applied to a much smaller data set so far.”

Agrawal brought up a related concern: “In regulated industries such as finance, health care, and transportation, the barrier for many of them is not data. We are restricted from deploying them because of regulatory barriers.”

Lo agreed on the potential for regulations to impede progress.

“There is a complex set of issues that we currently don’t really know how to regulate,” he said. “One good example is autonomous vehicles. Currently, the laws are set up so that if somebody’s in an accident and kills another passenger or pedestrian, they are responsible. But if an AI is responsible for a death, well, who’s responsible? Until and unless we resolve that aspect of regulation, we’re not going to be able to make the kind of progress that we could.”

AI and Machine Learning for Everyone

“There are lots of really, really useful courses that you can actually take to get up to speed in these areas,” Lo said. “But it just requires a certain amount of time, effort, and interest to do that.”

The younger generation is best positioned in this regard, according to Lo. Indeed, today’s youth place more trust in machine-human relationships, Agrawal said, because they have simply had more time to spend on computers, mobile devices, and so on.

As Lo explained at the outset, we are still very much in the early innings when it comes to applying these new technologies to finance. There are high hopes that they will boost productivity and lead to greater profits mixed with trepidation about the potential ramifications for wealth concentration and employment.

Nevertheless, concerns about AI and big data adoption amplifying human biases may be overblown while the potential barriers posed by regulations may be underestimated.

Still, given AI’s inevitable adoption in finance and beyond, finance professionals cannot afford not to know about it. 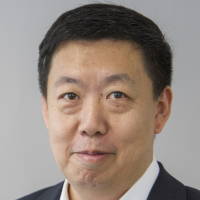 Larry Cao, CFA, senior director of industry research, CFA Institute, conducts original research with a focus on the investment industry trends and investment expertise. His current research interests include multi-asset strategies and FinTech (including AI, big data, and blockchain). He has led the development of such popular publications as FinTech 2017: China, Asia and Beyond, FinTech 2018: The Asia Pacific Edition, Multi-Asset Strategies: The Future of Investment Management and AI Pioneers in Investment management. He is also a frequent speaker at industry conferences on these topics. During his time in Boston pursuing graduate studies at Harvard and as a visiting scholar at MIT, he also co-authored a research paper with Nobel laureate Franco Modigliani that was published in the Journal of Economic Literature by American Economic Association.
Larry has more than 20 years of experience in the investment industry. Prior to joining CFA Institute, Larry worked at HSBC as senior manager for the Asia Pacific region. He started his career at the People’s Bank of China as a USD fixed-income portfolio manager. He also worked for US asset managers Munder Capital Management, managing US and international equity portfolios, and Morningstar/Ibbotson Associates, managing multi-asset investment programs for a global financial institution clientele.
Larry has been interviewed by a wide range of business media, such as Bloomberg, CNN, the Financial Times, South China Morning Post and the Wall Street Journal.