How to buy XRP in Canada 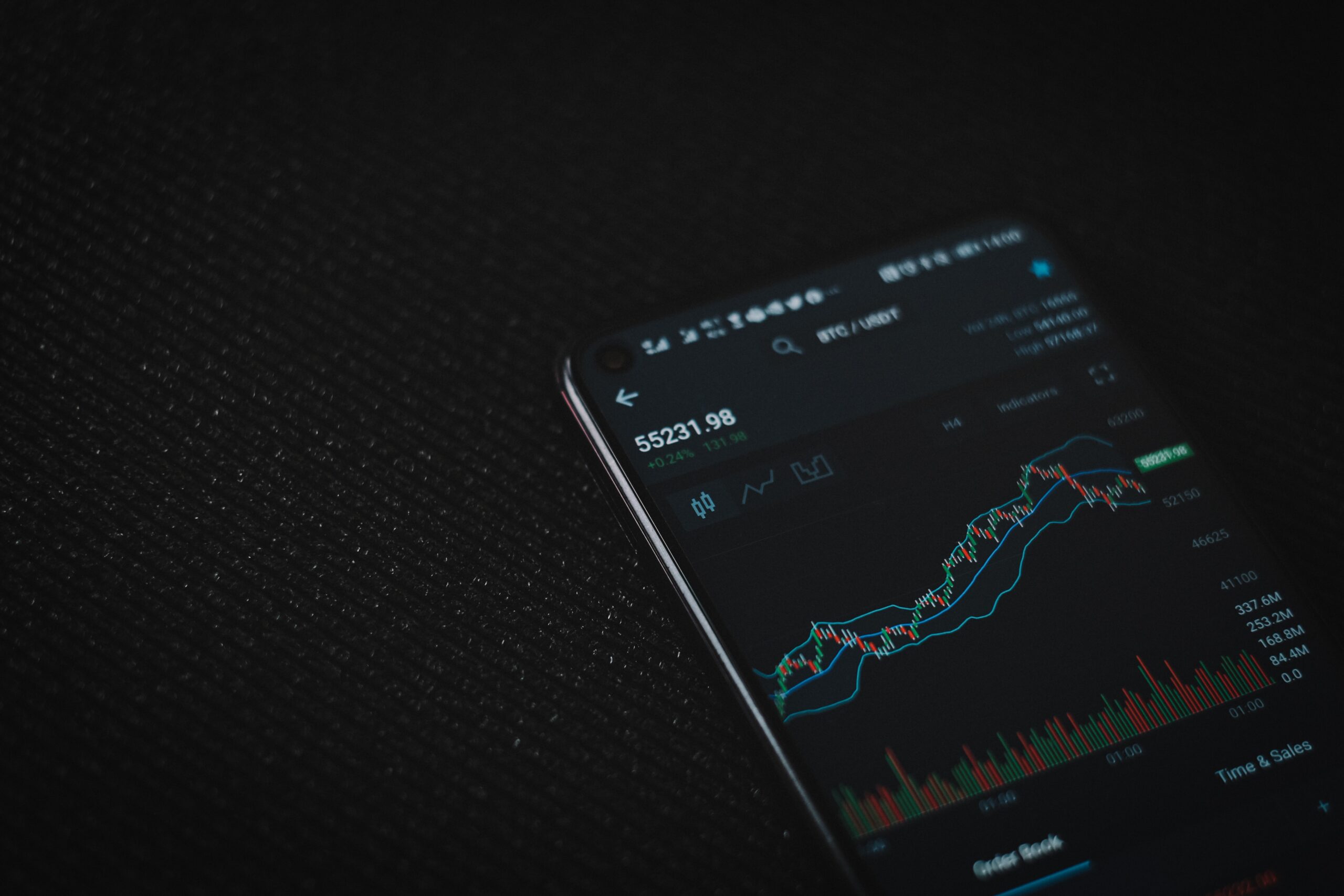 Have you been considering whether XRP has a place in your investment portfolio? If the answer is no, or even, “What’s XRP?” there’s no need to feel like you’re out of the loop. The media spotlight on bitcoin has been so bright that it’s practically eclipsed even the shiniest of smaller coins, some of which are indeed at the top of the altcoin pyramid. One of these is XRP, a digital token created by U.S.-based Ripple Labs, a tech company founded in 2012 by Chris Larsen, Jed McCaleb and Arthur Britto.

What is XRP (or is it Ripple)?

While the terms XRP and Ripple are often used interchangeably in both financial media and the cryptosphere, they are, in fact, different entities.

Ripple is a money transfer network that facilitates cheaper and faster cross-border payments. XRP is a cryptocurrency that runs on a decentralized, open-source public ledger called the XRP Ledger. Both the coin and the ledger were created by Ripple Labs.

There are three separate, though interconnected, pieces to Ripple. These are:

RippleNet has a growing network of providers spanning 47 countries. More than 100 banks, including Bank of America, Santander Bank, American Express and Japan’s SBI Remit, have signed up to use the Ripple protocol. “However, it’s important to note that the use of XRP is not a requirement for partners on RippleNet,” says Gaby Hui, director at Merkle Science, a predictive blockchain monitoring and investigative platform that helps crypto companies, financial institutions and government entities prevent illegal activities using cryptocurrency.

Nevertheless, Ripple solves real-world problems for large financial institutions, which, she says, will ultimately trickle down to small and medium businesses (SMBs).

In effect, as a bridge currency, XRP “can facilitate exchanges for a variety of fiat currencies, cryptocurrencies, and even commodities like gold,” Hui says.

XRP transactions cost a fraction of traditional international money transfers and are processed within three to five seconds, making it a much faster and more efficient way of moving money across borders.

Given its provenance, it’s little surprise the virtual coin has consistently ranked amongst the top 10 cryptocurrencies by market capitalization.

To better understand XRP’s characteristics as a crypto coin, let’s look at how it compares with the biggest cryptocurrency—bitcoin.

Buy and sell crypto on the CoinSmart digital currency exchange*

XRP, the Ripple currency, differentiates itself from bitcoin in several ways. For one, bitcoin is a fully decentralized blockchain, run by a global network of computers, which makes it truly free of censorship or central control.

XRP’s underlying blockchain, on the other hand, has some aspects centralized. For instance, the network is maintained by a group of just 36 nodes, which work together to process transactions. According to a research paper from the CFA Institute, Ripple controls six of these nodes, thereby controlling the majority of the XRP supply and oversight of the ecosystem.

“XRP uses a different validation mechanism than bitcoin, opting for a consensus algorithm instead of a proof-of-work system, which makes it faster, cheaper and more energy-efficient,” says JP Thieriot, CEO oXRP runs on a decentralized, open-source public ledger called the XRP Ledger. Both the coin and the ledger were created by Ripple Labs. Uphold, a cloud-based financial service platform.

Another significant difference lies in their supply dynamics. There are currently about 18.5 billion bitcoins in circulation, with a limit of 21 million tokens that will be slowly released over time. By contrast, there are 100 billion pre-mined XRP tokens, of which about 45.5 billion are in circulation. The rest will be released periodically.

A price tag of US$0.63 a pop, as of July 12, makes XRP the kind of low-risk, high-reward game many investors find irresistible—particularly when considered next to higher-priced crypto superstars like bitcoin and ethereum.

“I do feel that XRP is uniquely positioned to grow considerably in 2021 and beyond,” says Thieriot, noting that “XRP is a functional product that some large institutions are already beginning to use, and there’s no sign of this slowing down.”

However, XRP comes with some baggage. By one estimate, Ripple Labs once owned about 60 billion of the 100 billion XRP mined and put 50 billion of those assets in an escrow account, releasing a fraction of its holding every month. Here is Ripple’s escrow release history.

The control of XRP coins has caused some concern among investors. It’s also attracted an SEC lawsuit alleging that since the company can decide when to release these assets, it should have registered XRP as a security not as a currency.

Furthermore, it is almost certain the ongoing SEC lawsuit has created a drag on XRP’s market value. “There are many jurisdictions outside the U.S. that are continuing to see fantastic adoption, but much of the world is still watching this situation with concern,” Thieriot says.

If or when Ripple emerges from these legal proceedings unscathed, the excitement around XRP could really take off.

“I would say XRP is among the more rational and utilizable assets out there,” Thieriot argues. “As such, in a diversified portfolio, XRP represents a higher time preference investment and acts as a decent measure of industry adoption.”

Legalities aside, part of XRP’s appeal is its considerably cheaper transaction fees. Averaging around US$0.00053, it’s a tiny fraction of the penny—and of bitcoin’s nearly US$4 fee (as of July 12, 2021). If you’re interested in tracking XRP/Ripple closely, you may want to follow their Twitter account.

As well, XRP is notably safer than many leading cryptocurrencies as the network is actually being maintained and monitored by an organization. “If something goes wrong in the codebase of other decentralized projects, problems could take a long time to fix or ultimately cause irreparable damage to the asset,” Thieriot asserts. “However, RippleNet is secure and any issues that do arise can be dealt with swiftly.”

Is now the time to invest? Broader weakness in the cryptocurrencies market presents an attractive entry point for opportunistic investors looking to buy discounted crypto assets.

“Given that XRP is currently trading at one-third the price of its 2021 peak, it is a good time to invest in it,” says Hui.

How to buy XRP with CAD

For retail investors with some risk appetite, there are several routes to direct ownership of XRP. It can be purchased through one of many local and foreign crypto exchanges. Canadian crypto trading platforms such as Newton, NDAX, Bitbuy, CoinSmart and others allow investors to buy and sell XRP, and other digital coins.

XRP can also be bought at one of more than a thousand bitcoin ATMs in Canada. However, buyers must note that Bitcoin ATMs usually charge higher fees compared to online exchanges.

As for its custody, XRP is no different from its crypto peers. It can be either left on the exchange on which it’s bought, or can be moved to a secure, hardware-based wallet offline.

Other than these sources, it is also theoretically possible to gain XRP exposure through U.S.-domiciled Grayscale XRP Trust. However, this comes attached with a minimum investment requirement of US$25,000 that some investors may find prohibitive.

As with all crypto acquisition, XRP comes with the usual disclaimer about digital tokens being inherently risky investment and prone to extreme volatility. Investors would be wise to temper their expectation of outsized gains with a cold touch of realism.

Cryptocurrencies may be rapidly gaining status as a legitimate asset class but, compared to traditional securities like stocks, it’s a whole other ball of wax.

What does the * mean?

If a link has an asterisk (*) at the end of it, that means it’s an affiliate link and can sometimes result in a payment to MoneySense (owned by Ratehub Inc.) which helps our website stay free to our users. It’s important to note that our editorial content will never be impacted by these links. We are committed to looking at all available products in the market, and where a product ranks in our article or whether or not it’s included in the first place is never driven by compensation. For more details read our MoneySense Monetization policy.

The post How to buy XRP in Canada appeared first on MoneySense.